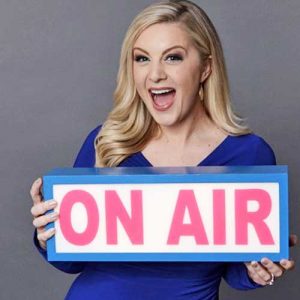 The most common question KGW-TV Sunrise anchor #AshleyKorslien gets asked: “What time do you wake up?” Answer: “2 a.m. Yuck!”

Ashley and her husband Chris are parents to twins, a girl and boy, and are still getting the hang of this parenting thing. They have three dogs and are fixing up an old farmhouse in Clark County. When Ashley isn’t doing DIY projects, she loves watching scary movies and doing photography.

Ashley currently serves on the the Oregon Fallen Badge Foundation Board of Directors, supporting families and police departments after an officer is killed in the line of duty. She is a leadership council member for NWCAVE, which works to combat sex trafficking and violence against women and children. And Ashley serves on the advisory council for Harper’s Playground, a non-profit that builds inclusive playgrounds for everyone to enjoy.

Ashley grew up in Montana and is proud of her country roots, but doesn’t miss the long, bitterly cold winters! Her first TV job was in her hometown of Great Falls as the weekend anchor and military reporter.

Before moving to Portland, Ashley was an anchor and investigative reporter for KGW’s sister station KREM in Spokane.

While working in Montana, Ashley founded a non-profit that helps military veterans and their families in times of need. In 2011, the Montana National Guard awarded Ashley the highest honor a civilian can receive. She was presented the Distinguished Patriot Medal for her dedication to Montana’s military families.